STEREOGRAPH FOUNDATION AWARDS are now being recognised worldwide making it one of the fastest growing awards program. On Saturday 9th June 2018 we awarded our first International Honoury Music award to Tony Rebel who is also the founder of the current biggest annual reggae stage show in Jamaica Rebel Salute. 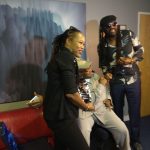 It was a real delightful occasion which Tony Rebel said” It was a real honour for him to receive this award coming from Stereograph Foundation”. What made it even more special for him it was presented by the person who played a vital role in his grooming at the early stage of his career.
The person he was referring to was no other than our founder of Stereograph Foundation Minister Michael Gordon aka Chabba. The friendship between them stems back from 1983 when he was one of the djs on Chabba’s sound system in Jamaica called Destiny Outernational. 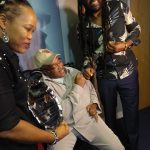 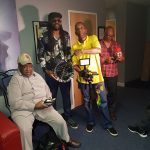 Tony Rebel would like the Stereograph Foundation awards to be a annual part of Rebel Salute as it dose not currently have such an inclusion like that in all the 25 years of Rebel Salute. Both Tony Rebel and Minister Gordon are in planning and discussion to make this a reality.

in the money slots https://download-slot-machines.com/